The Australian Masked Owl offers a very interesting look. As the name implies, this species of owl looks like it has a white mask over the face. This is one way to easily recognize this particular type and not mix it up with any other out there. The rest of the body has feathers that are light brown, dark brown, and black. They can also have areas of gray on them as well.

The females tend to have a darker coloring to them than the males. They are also larger in size. They are considered one of the largest species of owls in all of Australia.

This particular type of owl is only found in certain areas of Australia. They don’t do well in the desert areas so it is the woodlands and swampy regions where there is plenty of moisture where they will be found. They are also located in the Southern portion of New Guinea.

These owls tend to take up residence in a variety of different locations. They include shrubs and bushes that are close to the ground. It is very easy for them to hide during the day in these types of environments. They will also go the other direction a nest very high up in the trees.

The Australian Masked Owl is very territorial and they will find a place to live and then stay there until they die. This is one species of owl that doesn’t do very well at all when it comes to relocating. In fact, they would rather starve in their known habitat than to move on to a new location in search of food.

For the young owls, it can be hard to find their own territory to call home. As a result they may die before they are fully mature. If they can’t establish a territory of their own then they won’t be able to survive. 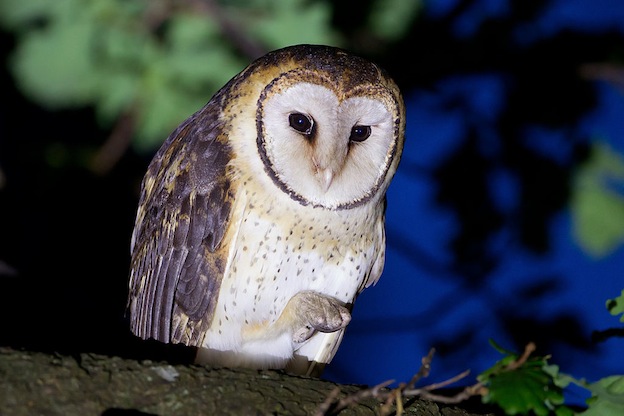 You may hear of this owl being called the Mouse Owl due to the fact that it was introduced at various homesteads to get rid of mouse problems. This was very common around 1821 and the use of the owls helped to keep the rodent problem from getting out of control. Today mice are still a large part of the diet for the Australian Masked Owl.

These consume a variety of other types of food too. Among them are small reptiles and small birds. They will also feed on insects to help tide them over until they can catch larger prey.
Reproduction

There is no set breeding season for the Australian Masked Owl which is very different from other species. Instead, they can mate when they have the right conditions such as shelter and lots of food. In some areas they can mate all year long but in others they will not mate at all due to the conditions.

The female will lay up to three eggs and stay with them to protect them. The male will bring her enough food to keep her satisfied until the eggs hatch. They will start to fly when they are about three months old. At that time they can go on their own but often stay for several more weeks before doing so.

There are some watchful eyes out there for the Australian Masked Owl. The goal is to help them to be able to keep their natural habitat. These owls often find that the place they called home is destroyed by humans. Efforts to prevent that from happening is the number one way of helping them to increase their numbers.