Too many people lump owls into one category but there are actually several different species of them. They vary in size and color even though the overall anatomy of them is very similar. In fact, there are more than 20 known species of owls and some experts believe that they will be able to eventually find even more of them. Here is some information about a few of them to get your started with your own research.

The Great Horned Owl is one that most people are familiar with. In fact, it is the most common owl in all of North and South America. They are well known out there due to the fact that they have been able to easily adapt to a variety of different changing environments. Yet they are also the ones that are the most difficult to see.

The Great Horned Owl is able to find great hiding places during the day. They blend in so very well to the surroundings that it is hard to identify them. Yet at night their mighty calls can be heard for quite a distance. This is how most people know that they have such species of owls living around them.

One species that people find interesting to look at is the Long Eared Owl. It was first identified in 1758 and has held the fascination of common people and researchers alike every since. They have ears that are three times longer than most species and that gets them attention. These ears stand erect too so that they can use them to pick up noise all around them.

The Tawny Owl is one of the larger species out there. They are very territorial and even when faced with the potential of dying due to a lack of food they will refuse to give up their homes. This is why their numbers continue to drop and protection has been put into place for them. We have to save their natural environment if we want to see this particular owl species alive and well down the road.

Due to their white coloring the Snowy Owl gets lots of attention. It is also a very large species of owl. They live in regions where it is colder so they need the white to blend into the snow surroundings. They have thicker feathers too in order to help keep them very warm in such a climate. 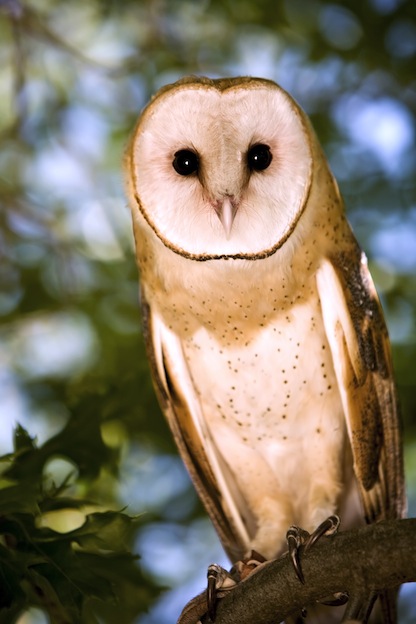 They aren’t pure white though, they also have speckles of black all over their bodies. The amount of speckles as well as the size of them can vary by owl. It is very interesting to compare their markings. Many researchers are able to distinctly identify them from each other too due to their markings.

In some cultures that are considered to be sent from the gods, a symbol of life that is in many formats. Therefore they see it as a symbol of good luck to see a Snowy Owl around them. Others though are willing to hunt such a unique looking owl for the bragging rights.

It can be a fun activity to explore these various owl species in detail. As you learn about their specifics you will have a new type of appreciation for them than you did before. You may even be able to identify the types of owls you see instead of just staying you happened to see an owl. In fact, you may want to find out which species happen to live in your particular area. With the many different behaviors of these owl species you will be able to find out about their various cultures and characteristics.